After I lost 35% of my life savings, and my friend lost over 1 million dollars in the market crash of 2008 (after he had already retired)…I decided there had to be a better way to build wealth than gambling in the wall street casino. 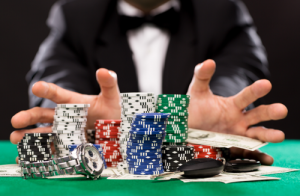 I was blessed that my business had brought me into contact with some wealthy folks. These were ‘millionaire next door’ type people who were doing well despite the market crash.

They weren’t driving Lamborghinis and living in mansions (at least not most of them). They were hard working, freedom loving, Americans who had found some secrets to building wealth without counting on the stock market.

As I traveled the country to meet and learn from them I was introduced to a whole new way of thinking about, making, and protecting my wealth.

I want to share with you the lessons I learned from my great ‘millionaire next door’ mentors.

The first paradigm shift for me came in the form of realizing what true financial independence is.

One of my mentors taught me his definition of financial independence, it was really very simple. Financial Independence is having a passive income that covers my expenses and gives me the freedom to enjoy life, enjoy my hobbies, and live a life of my choosing.

It wasn’t just about having a big nest egg or a big net worth.

The truth is, more and more people are realizing that a big nest egg doesn’t do you any good if you can lose half of it any time the market crashes, or you have to pay tons of taxes on it when you access it.

In fact INCOME or ‘cash flow’ is the new and correct focus for true financial independence.

When I started my business I had an income goal to make $200,000 per year. At the age of 21 this was a big number for me and I worked hard to achieve that.

But I started asking myself a question: What happens to my wife and 3 kids if I can’t work anymore? I’m not dead, so they don’t get my life insurance, but I’m disabled to the point where I can’t work. That $200,000 is earned income. When I stop earning it, it stops coming.

Having a cash flow that comes in each and every month regardless of if you go to work or not…is much more secure.

How much food, travel, luxury can you buy with a net worth on a balance sheet?

Does the airline or the BMW dealership take ‘net worth’ in exchange for their services?

No of course not. They take currency, either cash or credit which is another form of cash. Nobody is buying a BMW 5 series or Tesla with a balance sheet showing how much their land is worth.

My mentor taught me I don’t need net worth or a ‘nest egg’ as much as I need cash flow for the rest of your life to live truly wealthy.

There’s a fundamental fallacy in the Wall Street teachings that lead people to the conclusion they should be focused on a nest egg number.

Let’s say I do have a 1 million dollar nest egg, and I want this to provide an income for life… (1 million may be well out of reach for many Americans, but let’s take a best case scenario and assume we’ve got a million to work with).

The 4% rule says I should be able to take 4% of your nest egg in income and have it last for the rest of my life.

That puts me at about $31,600 or just over $2600 per month. I don’t know about you, but that doesn’t sound too exciting for a retirement income.

I’m not the only one saying the 4% rule is broken. Now even the investing publications are saying it doesn’t work.

The reason the 4% rule doesn’t work is because of something called “The Sequence of Returns.”

Your nest egg and retirement income can vary greatly depending on whether the market goes up or down in the first couple years of your retirement. For example if you take the exact same sequence of returns, with some ups and some downs, the sequence with your withdrawals starting in an up market (High early returns) your money would last 37 years. If you started withdrawals in a down market (low early returns) your money would only last 24 years.

This means your retirement could have run out 13 years sooner, just by the luck of the draw.

So following the “Nest Egg” retirement strategy, at this point you are simply ‘hoping for the best’…and hope is not a strategy.
If you are one of the unlucky ones to retire in a down market, it could cost you big time.

When I realized this it helped me make a major paradigm shift in my thinking. My goal was no longer to just make a certain ‘income level.’ It was to generate a passive income that my family was able to live on should the worst happen.

So when I discovered the 101 Plan using the index strategy I was excited because I wasn’t hoping anymore, I had certain guarantees that my money wouldn’t be lost when the market went down.

Remember the stock account after tax would produce about $31,000 after tax income to last until age 100 (Assuming the best case scenario in the sequence of returns).

This is why the 101 Plan has become such a popular retirement strategy, plus the fact that it has an insurance and potentially a long term care benefit included, you are getting much more for your money.

Most people don’t use this as their only retirement strategy, I certainly don’t. I also use real estate, precious metals, and businesses to build my wealth…but I do sleep better at night knowing if all my other investments crash and burn, I have a safety net of at least a 6 figure, tax-advantaged income ready for me and my family when I retire.

Get a Free Copy Of Wealth Beyond Wall Street Today